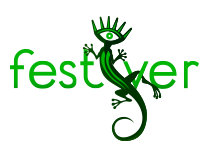 This is a call for private companies to support the 9th edition of Festiver to avoid throwing away eight years of work for culture, the film industry and the environment

For eight consecutive years we have worked tirelessly and passionately to carry out the Green Film Festival in Barichara, Santander. With great management, creativity and persistence, we have projected more than 600 films, implemented over a hundred environment-related and training activities, taken the Campecine to nearby villages and towns, raised funds to award more than $ 350,000 USD in cash prizes, post-production services and equipment rental which have contributed to the production of new environmental films both nationally and internationally. All our activities have been free and open to the public. These have brought entertainment, education and knowledge to the region, which in turn has been positively influenced by the festival at a cultural, economic and touristic level to such an extent that a new tourist season was created during the month of September in Barichara.

Of course, we haven’t done all this on our own. We’ve worked hand in hand with numerous people, private companies and public entities with which we share a common goal. Among those there is the Governor’s office of Santander which, after having been our most important ally for years, has now condemned Festiver to the most precarious situation ever experienced by the festival. As it is publicly known, in 2017 the administration of Governor Didier Tavera withdrew the support that other Governors and himself had given in prior years. Despite the evident lack of political will, we persisted and continued working throughout 2018. Given their refusal of direct support, as was the agreement in previous editions, we were given the only option to take part in a call for proposals which, in our understanding, was designed for fairs, town parties and some cultural events. This was not suitable for a film festival because it would never get to cover a substantial part of the expenses. Nevertheless, we decided to apply in order to avoid the cancellation of the festival and we won.

The festival was awarded fifty-five million COP that, due to legal technicalities consigned in the resolution granting the prize, cannot be effectively collected unless the law and the deep-rooted principles of Festiver and its members are violated. Without going into details, and even though we understand that terms and conditions must be complied with, it is of utmost importance that the current administration acknowledge that the Barichara Green Film Festival organization completed a successful and impeccable eighth year, as attested by our attendees and coverage in different media, including our official website and social networks. Likewise, it can’t be denied that we carried out the entirety of the festival as planned, gave credit to the Government of Santander according to the terms and conditions stated in the resolution, played the ad from its 87 Razones campaign before every screening during the festival, and fulfilled an additional commitment to exclusively mention the Governor’s office of Santander as sponsor for the Green Market (one of Festiver’s most outstanding activities) and displayed its brand logo and graphic pieces throughout the market’s three-day run. This required extra staff work and expenses, something we would never have incurred had we known we wouldn’t be able to collect the prize.

Both the state and administrative territorial entities are obliged by constitutional law to support cultural entrepreneurial projects, especially those which give free access to the public and contribute to education, raising awareness, bridging cultural gaps, citizen participation and building a better society. Festiver undeniably fits these characteristics and that’s why it makes no sense for its implementation to be hindered this way. We respectfully suggest that future calls arranged by the Government of Santander and directed at film festivals be restructured. Those designed by the Ministry of Culture, which take into account the true expenses of a film festival and facilitate their validation with total transparency, are a good example. Moreover, it would be convenient that the competent authorities review the method of payment chosen for awards given to other film festivals, as we can completely assure that none of them give any money to competing filmmakers, unless it is related to exhibition fees or a prize.

Festiver is an emblematic event of the country and Santander that was institutionalized by an ordinance from the Department Assembly in 2013 and has been praised as one of the most relevant film festivals in Colombia and Latin America. It is also the only Colombian member of the Green Film Network, which operates in 28 countries. It is remarkably sad that even after having done such a diligent job, we were forced to face different creditors after seven months of unsuccessful talks, put our call for entries on hold this year and even deal with a possible cancellation of the festival due to the indifference of an administration that will be in charge only for a few more months. We strongly wish for the next Governor to come with a genuine commitment to culture and the protection of the environment, and to truly value our work and the path we have walked side by side with our partners, public, participants and festival hosts.

We are willing to continue working with the Department of Santander and we confirm the opening of the 9th edition’s call on April 26th. This is a heartfelt call to everyone who believes in Festiver, all the public entities and especially the private companies to support the ninth edition of this festival and avoid throwing away eight years of passionate hard work in the name of culture, the film industry, the environment and Barichara, the most beautiful town in Colombia.

If you would like to support the festival, make your donation here.